Most of us know someone who has fallen ill to either Alzheimers or Parkinson’s and we hear the same answers that ‘it can’t be cured’…. Or can it?! Deaths due to chronic unresolved mental health and brain degenerative issues have skyrocketed and are at all-time highs, not just in the US but around the world. Every day it seems we are either seeing another death on the news due to some sort of brain chemistry issue or we hear about it from our friends who lost a loved one or worse yet, someone from our own family is lost to brain disease.

The current model of mental health is the only medical specialty that derives a diagnosis based on a cluster of clinical symptoms rather than objective laboratory measure.

As far back as in 2002, Policy leaders like Dr. Thomas R Insel, former director for the National Institute of Mental Health, was pushing for an evidence-based more scientific model…. and right now, there are doctors and scientists from around the world who are working together to continue to collect evidence-based data that is showing incredibly positive outcomes for those around the globe who are looking outside the box for this type of approach.  These doctors and scientists are collecting case studies of individuals who are showing the actual reversal of their symptoms and the approach they are using is natural and safe and most importantly it is working.

Scientists and Doctors have found many contributing root causes of brain degeneration. These culprits that so many are unknowingly exposed to on a daily basis can cause not only the brain chemistry to shift out of balance but the entire body… variables that include underlying infections, foods or chemicals, and preservatives in the foods, environmental toxins like glyphosate, and even lifestyle choices. And with advanced testing patients are able to get answers and start addressing the real issues and as a result, they are reversing their disease symptoms.

Examples of advanced objective testing that looks not only at brain function and brain chemistry include Topographic brain mapping which can be used to detect changes in brain electrical activity with food-induced neurological disorders and IgG testing to identify the offending foods and remove them from the diet. Organic acids testing, heavy metals testing, environmental toxin testing, and genetic testing are just some examples of the types of tests that holistic and functional doctors are using to find imbalances and root causes of biochemical imbalance and degeneration in the brain.

Here are some of the Top causes of Parkinson’s and Alzheimer’s Disease that are being identified through advanced functional testing:

1) High stress causes major physiological changes to the body that can alter metabolism, hormone balance, thyroid hormones, and even brain chemistry.  Chronic long term high stress ultimately can cause a multitude of imbalances leading to chronic disease including neurodegenerative disease and other brain chemistry imbalances. 2) The Standard American Diet which consists of foods that cause neural inflammation like gluten which can cause atrophy of the cerebellum region of the brain(4). 3) Dairy which has been shown to be a large factor involved in patients with Schizophrenia and other brain chemistry imbalances (5). In fact, there are many foods that in certain individuals, can induce complete psychosis.(6) 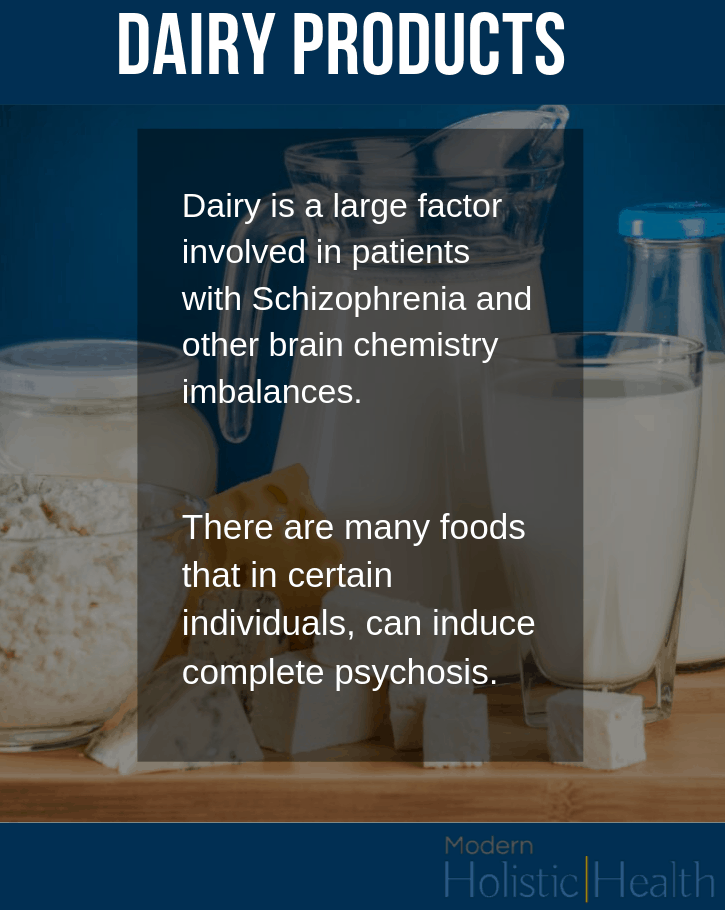 4) Underlying infections like clostridia, for example, can lead to alterations in dopamine and norepinepherine levels in the brain because of a neurotoxin that is released by the infection that blocks the conversion of dopamine to norepinepherine — resulting in too high levels of dopamine and too low levels of norepinepherine. Excessively high levels of Dopamine can lead to damage to the neurons, triggers the fight or flight response (panic attacks and anxiety), symptoms of Parkinson’s, schizophrenia, anorexia nervosa, Alzheimer’s, and a host of other symptoms associated with neurodegenerative diseases. Clostridia isn’t the only chronic infection that can cause alterations in brain chemistry.  Imbalances in the gut flora, parasites, mold, and other pathogens are also known to cause unfavorable changes in brain chemistry. 5) Exposure to environmental toxins has also been linked to a host of neurological degenerative diseases as well as cancers.  Environmental toxins can come from your drinking water, prescription medications, household and beauty products, non-organic foods, and even the air you breath (contaminated poor air quality in homes is common and recognized by the EPA). Exposure to Glyphosate, which can come from your foods, water sources, or air, for example, has been linked to autism, Alzheimer’s, anxiety and depression, fatigue, gluten sensitivity, and Parkinson’s disease. (1-2)  A 54-year-old man who accidentally sprayed himself with Glyphosate developed skin lesions six hours after exposure, and one month later he developed Parkinsonian Syndrome. (3) There are many cases like this showing the neurological effects of environmental toxins like Glyphosate. There are also many case studies showing the reversal of neurological disease symptoms once the underlying culprits are confirmed and eliminated from the body. 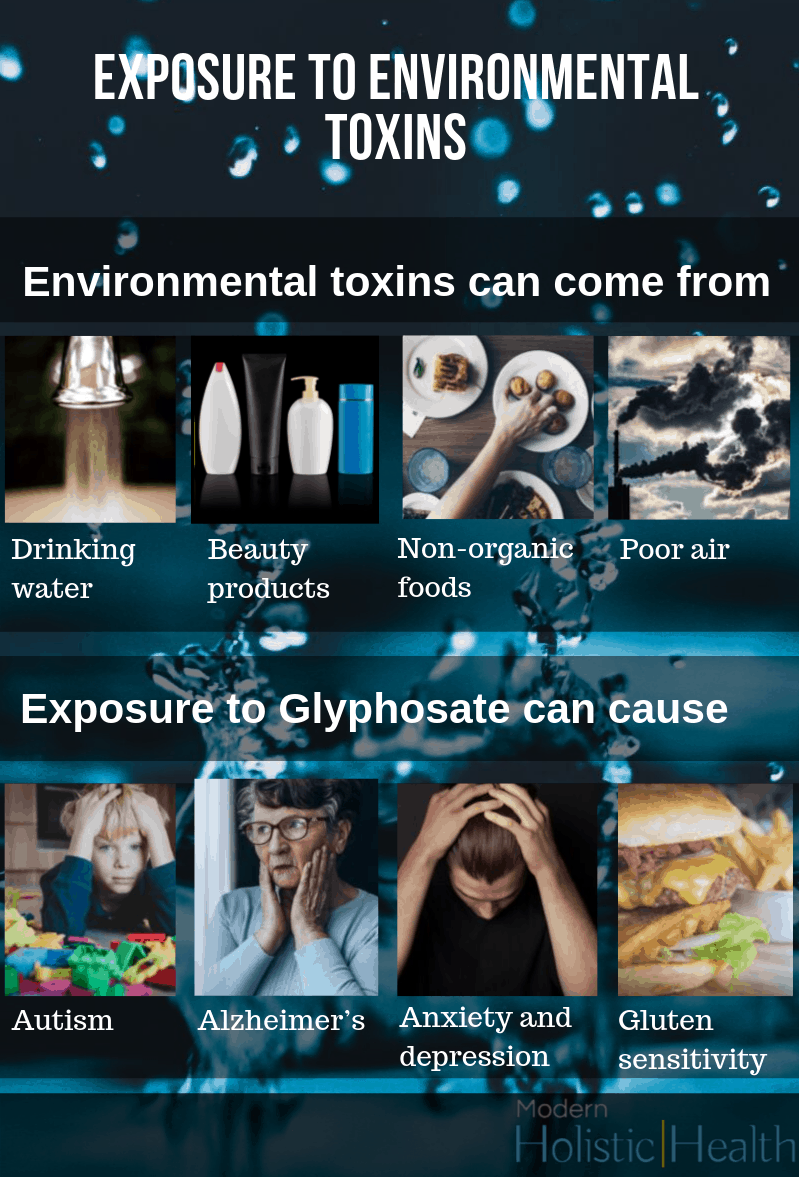